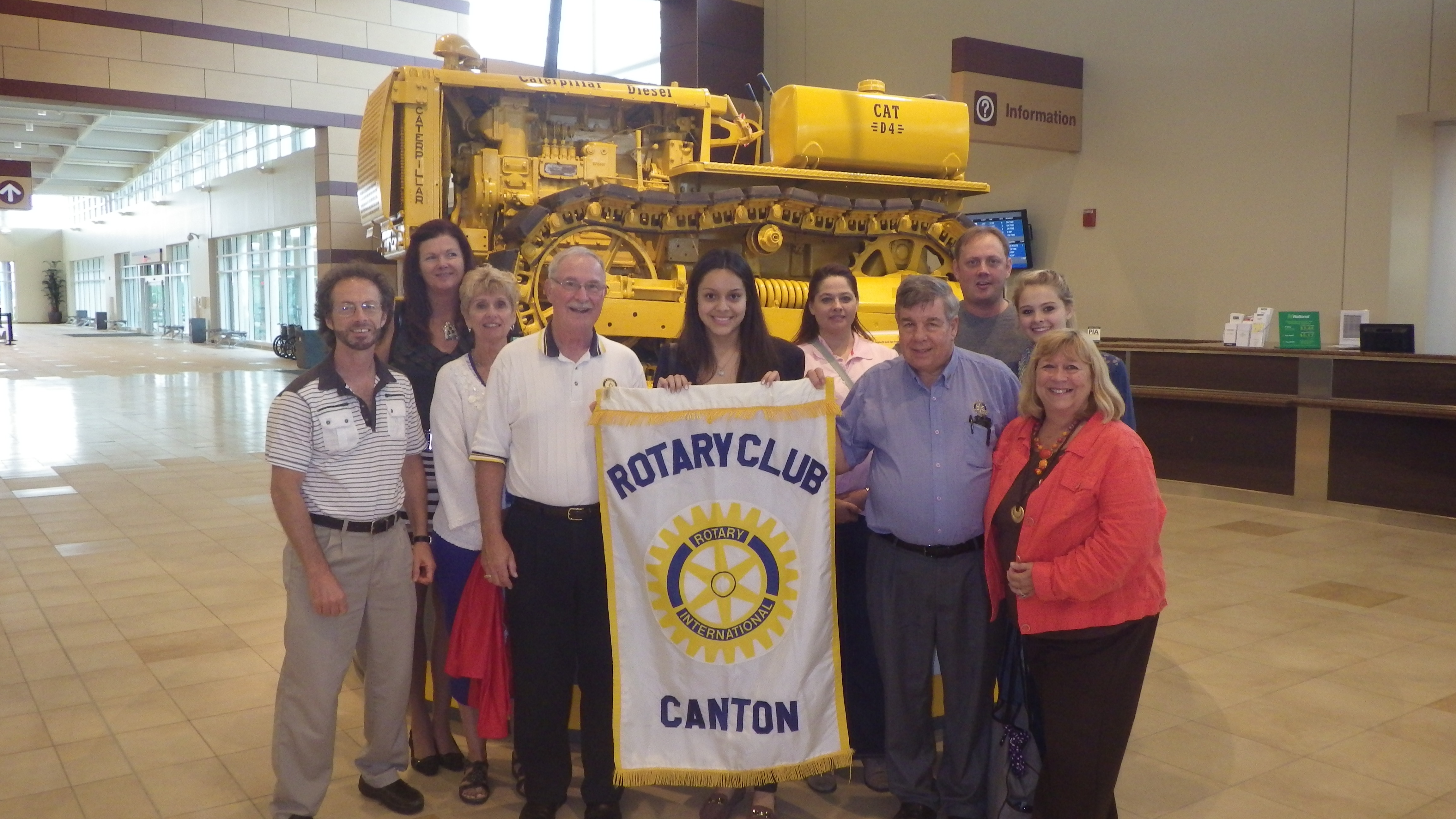 A few of us welcomed our new exchange student, Marcia, at the Peoria airport.

This year’s Canton Rotary Club “Fun Weekend” event, for exchange students from throughout our district, was a big success.  Here are a few photos: 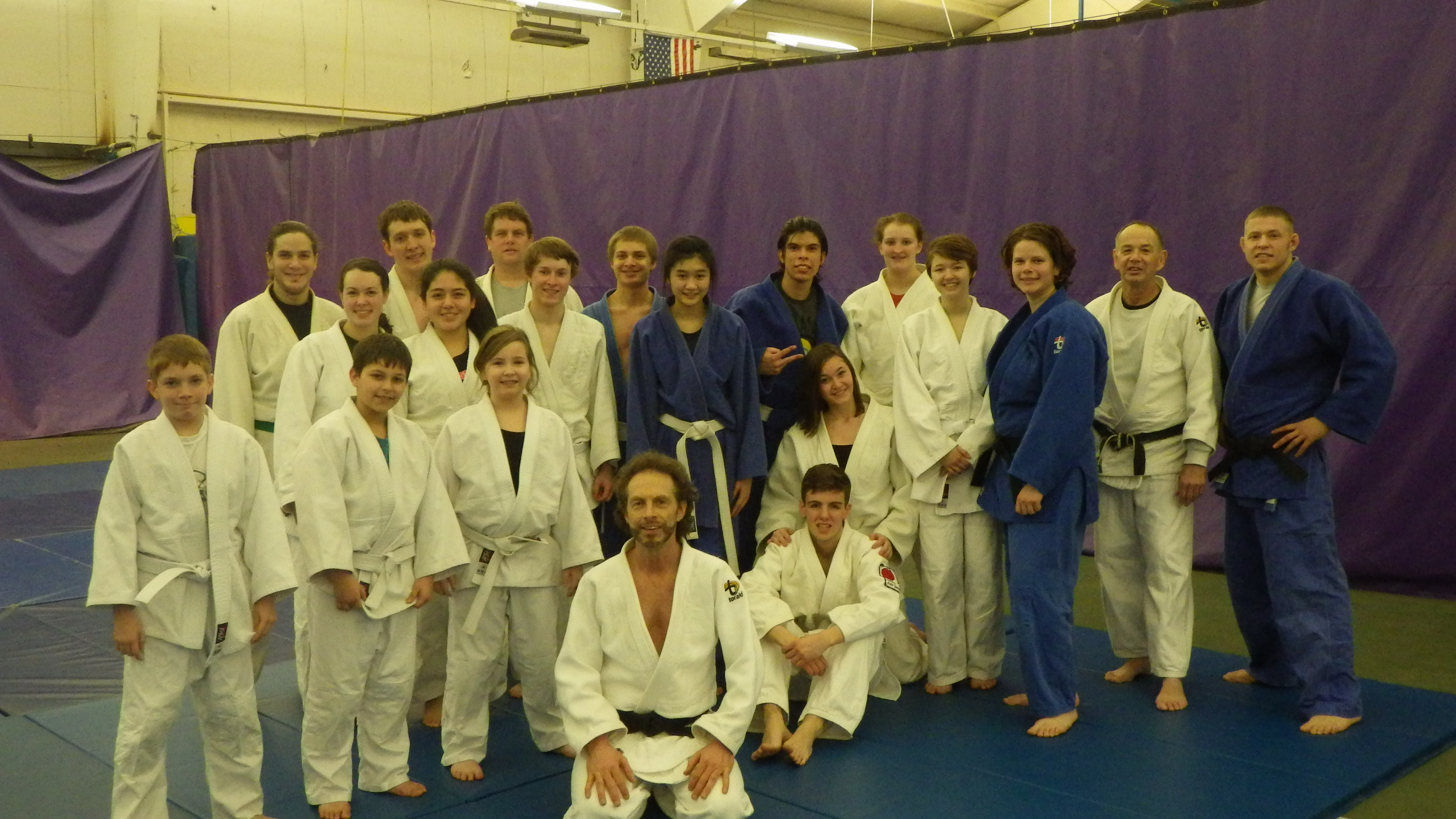 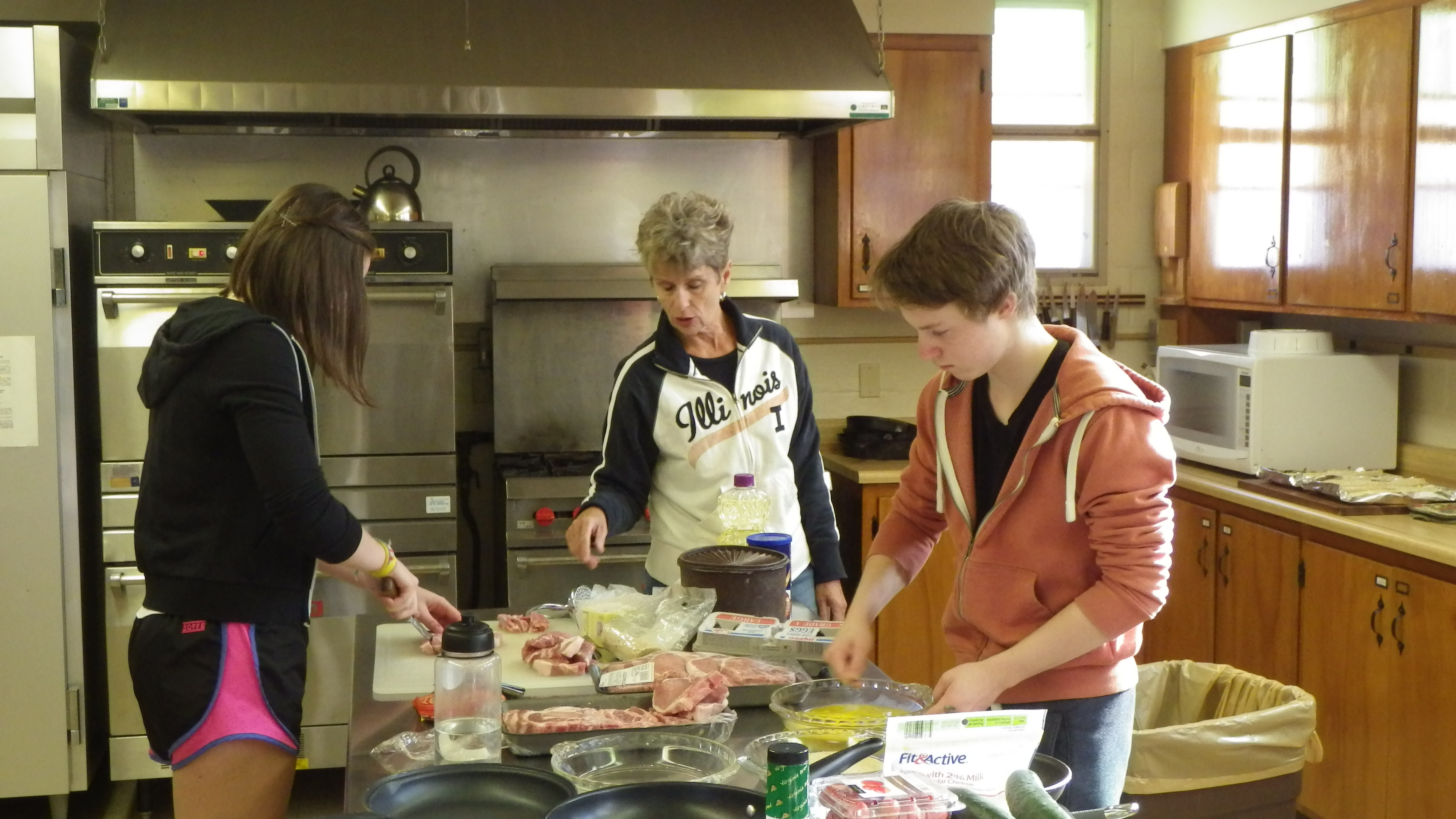 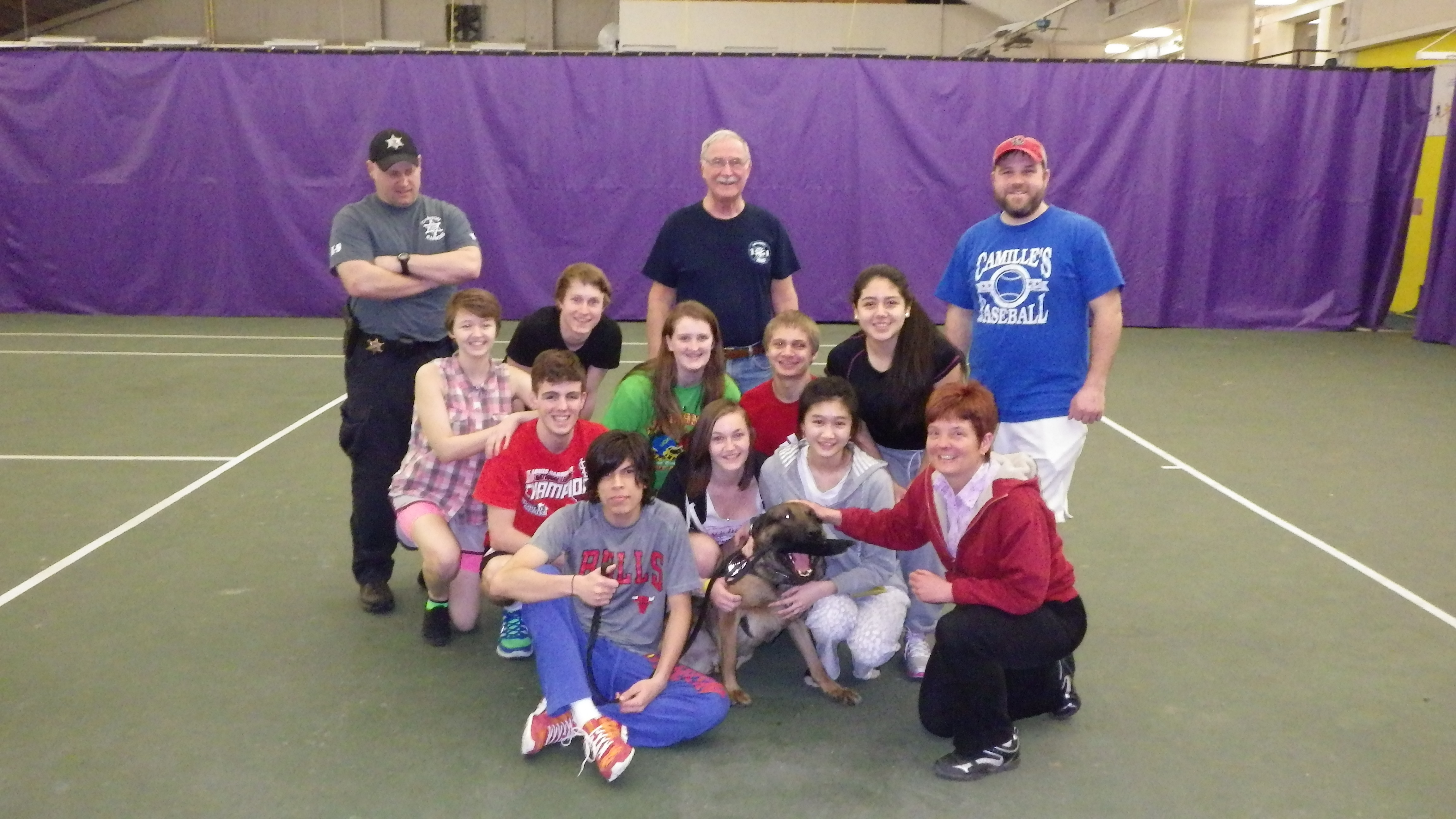 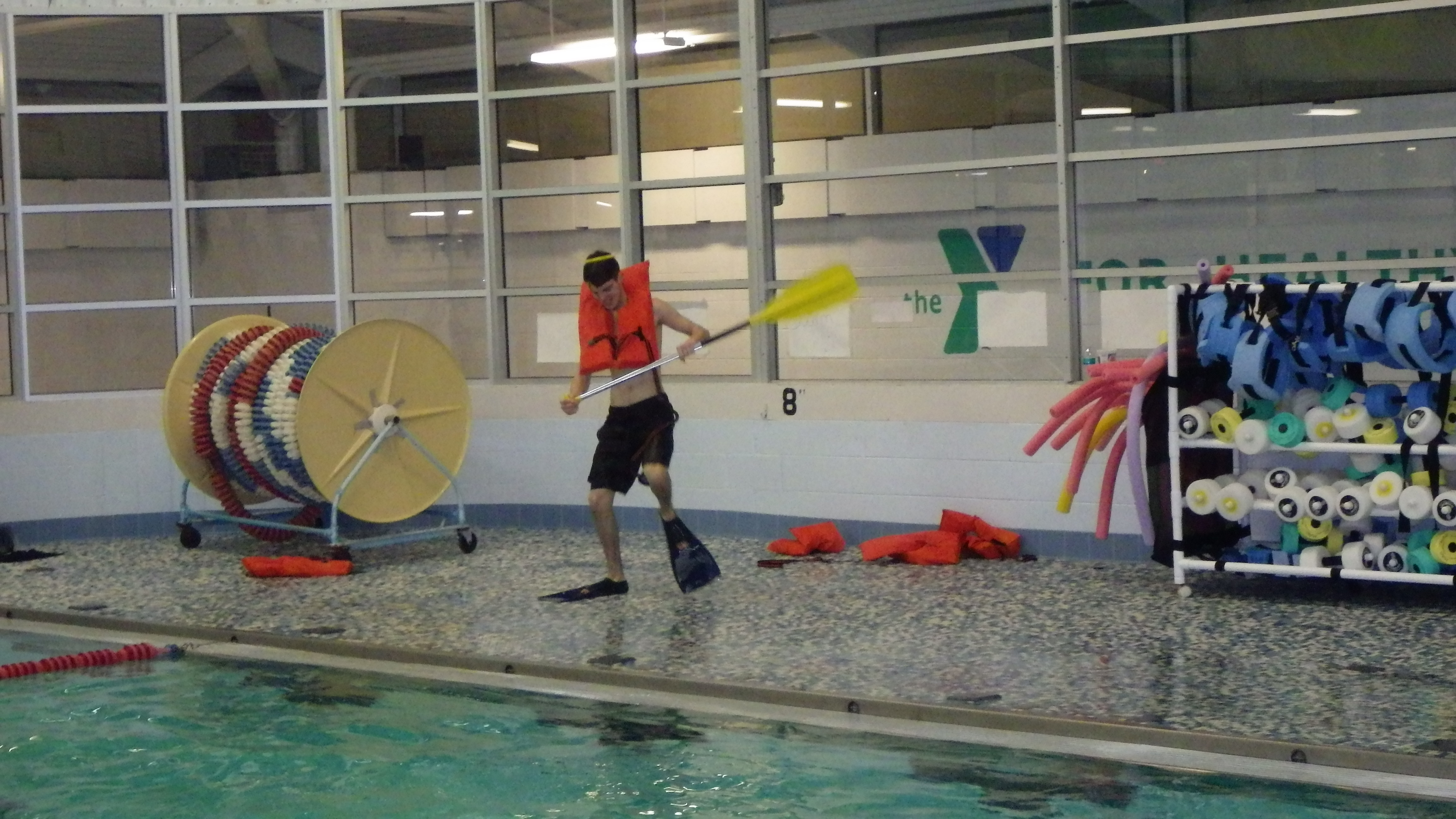 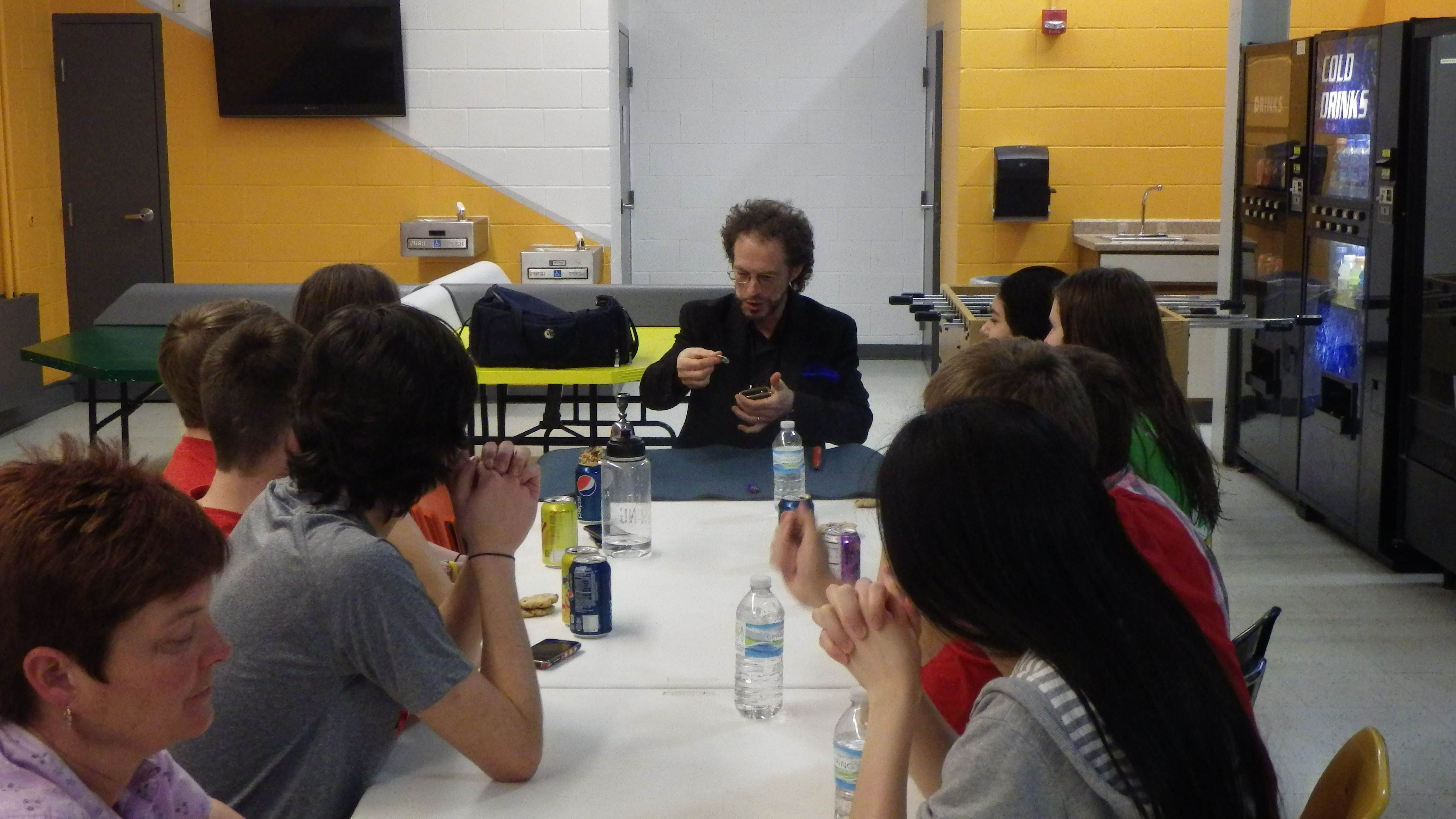 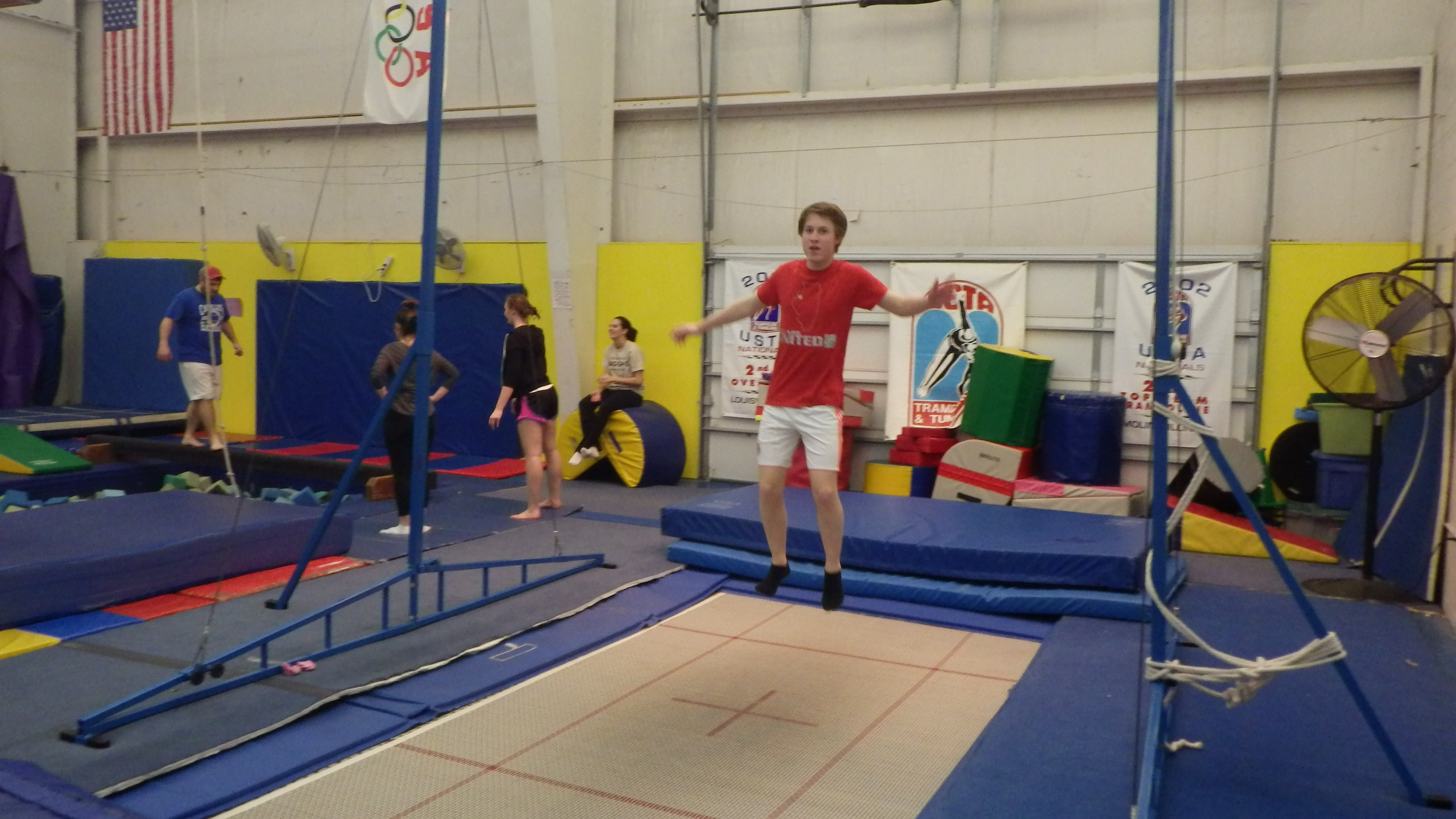 October 28, 2013
Here are some photos from the District Conference that took place in East Peoria this past weekend: 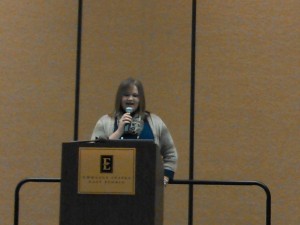 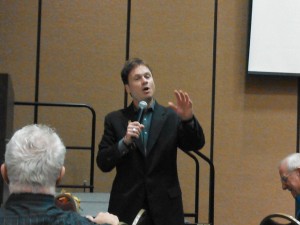 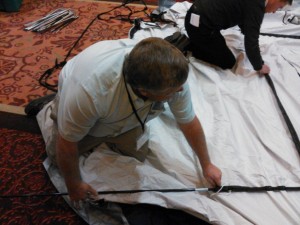 Our past-Pres., Matt, hard at work 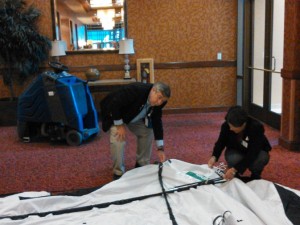 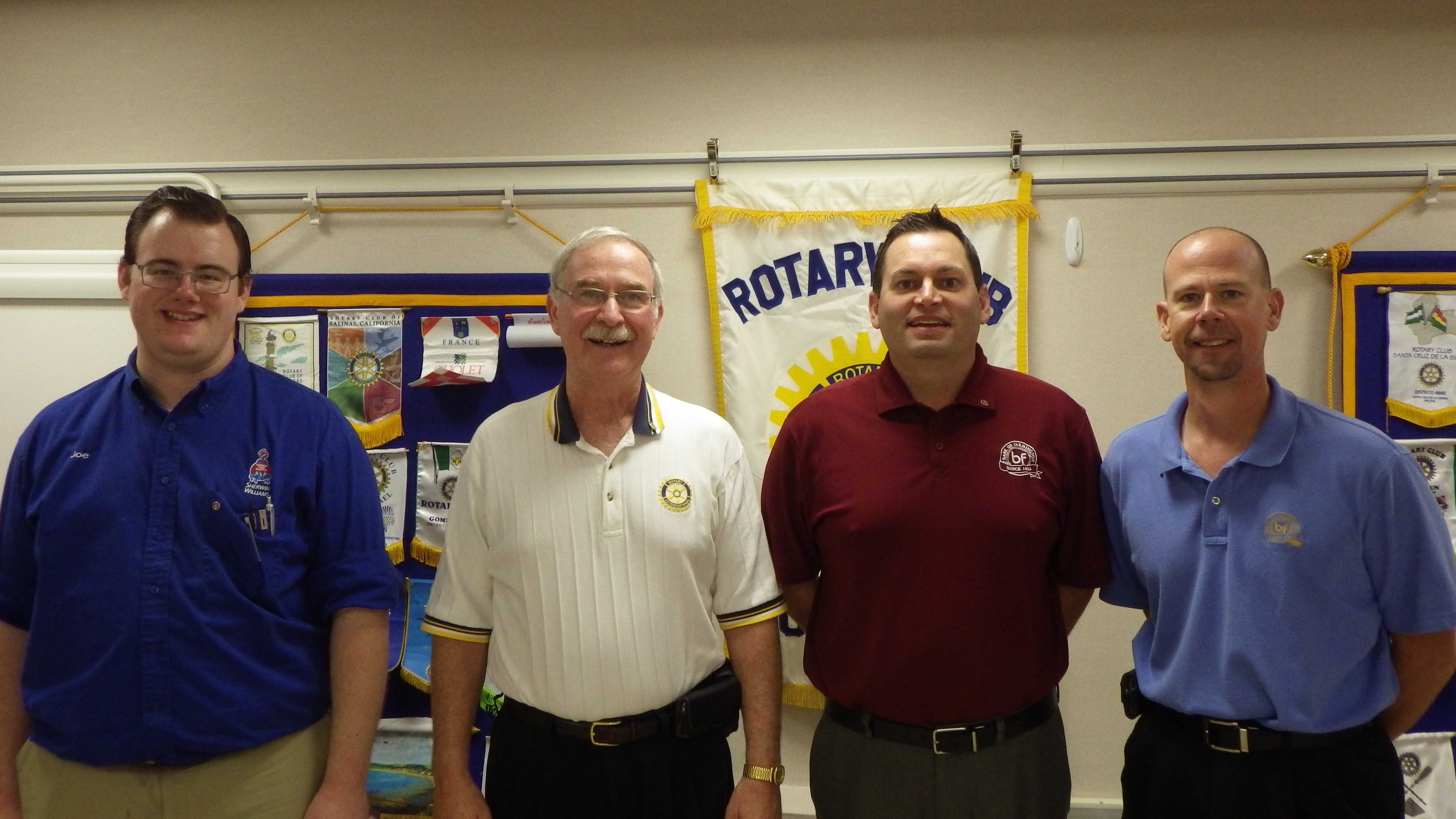 At our meeting on July 17, 2013, Ralph Froehling was presented with a certificate for his 30 years of membership and service to the Canton Rotary Club.  Congratulations, Ralph! 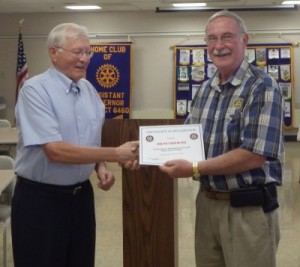 Ralph Froehling receiving a certificate recognizing his 30 years of service to the club from president, John Stanko

At the same meeting, one of our newest members, Larry Eskridge, was our speaker for the day.  He talked about the 50th anniversary of the Fulton County Playhouse Barn Theater. 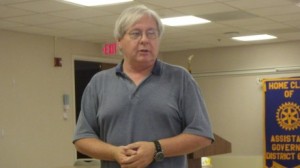 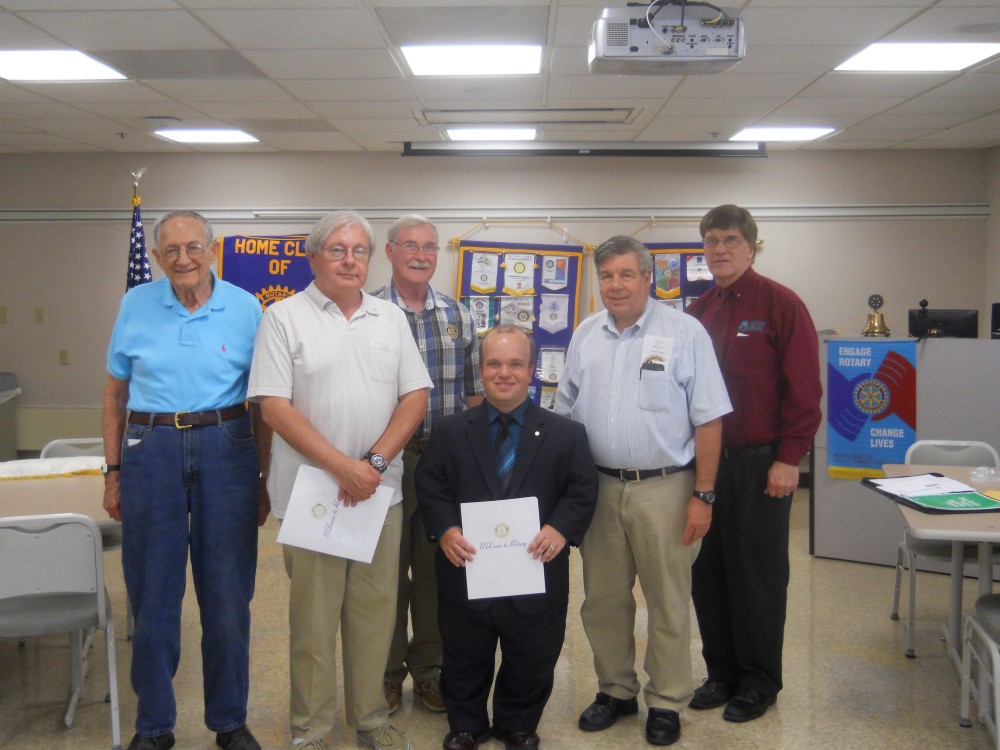 A photo of our exchange student, Paula, and her host family as she heads back home. Thanks for a great year, Paula!  And best wishes. 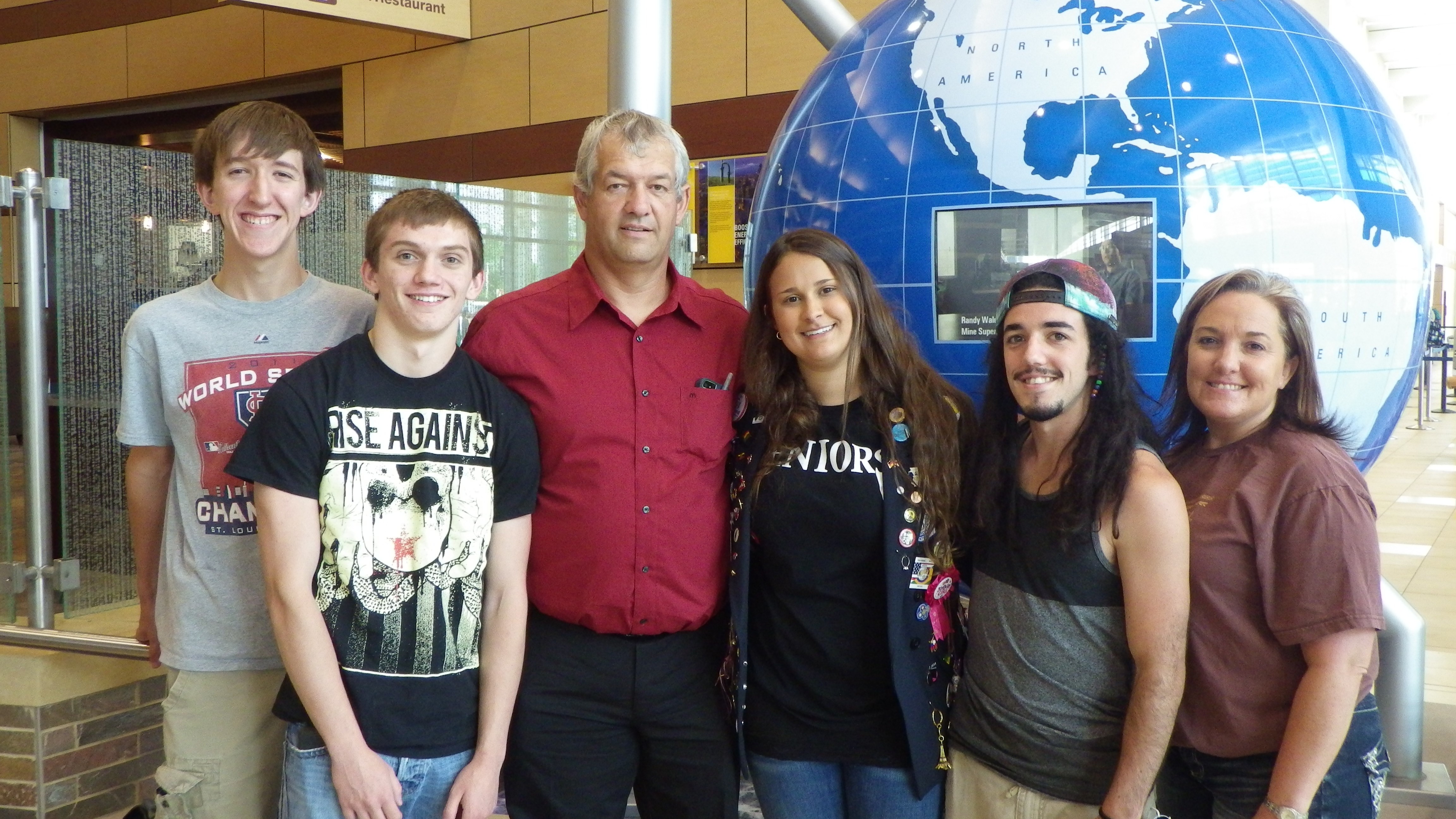 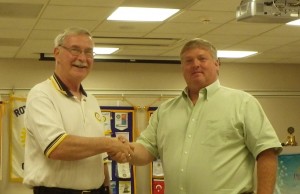 2013 Firefighter of the Year Award 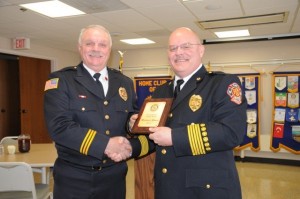 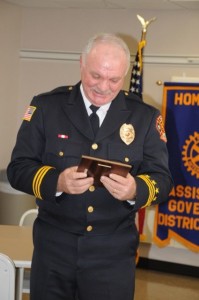 See also, the Canton Daily Ledger article on the event.

Rotary Club of Canton hosted the annual Police Awards on May 16, 2012.  Two Canton police officers, a telecommunicator, and an auxiliary officer were honored, and the Chief’s Award was also awarded to our own Rotary member, Canton School District Superintendent Roy Webb. 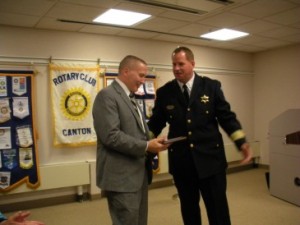 For more detailed information on the awards and the winners read the Daily Ledger article.

Canton Rotary Club hosted an essay contest with Canton High School for the second year in a row, this year on the theme of “Distracted Driving”.  Here’s a link to an article on the contest and winners in the Daily Ledger.

Read this great article in the Canton Daily Ledger all about our outbound exchange student!

Long time Canton Rotary member Eleanor Bourke recently moved to Florida.  She will be greatly missed, and we wish her all the best in her new home. 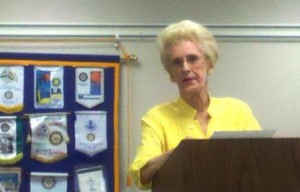 At the Canton Rotary meeting on Wednesday, July 20, the new District Governor for Rotary District 6460, Gordon Jumper, spoke to the club on opportunities for Rotarians for the upcoming year.  While present he also presented a Paul Harris Fellowship to Canton Rotarian, (and Assistant District Governor) Phil Fleming.

Our new officers for the upcoming year were officially installed at our meeting on Wednesday, July 13.

Canton Rotary Club recently hosted the 2011 annual awards for local police and firefighters on May 18 and 25, respectively.

Pictured below are:  Police Officer of the Year–Brett Butler; Auxiliary Office of the Year–Brian Williams; Telecommunicator of the Year–Jenise Jones; and Chiefs Award winner–Animal Control Officer, Drake Wilson.

Shawn Lawrence, manager of the Cook Medical Group plant in Canton spoke at our Rotary meeting on Wednesday, May 4.

Read the ARTICLE in the Canton Daily Ledger.